Fusobacterium: the bacterium of our microbiota involved in colorectal cancer 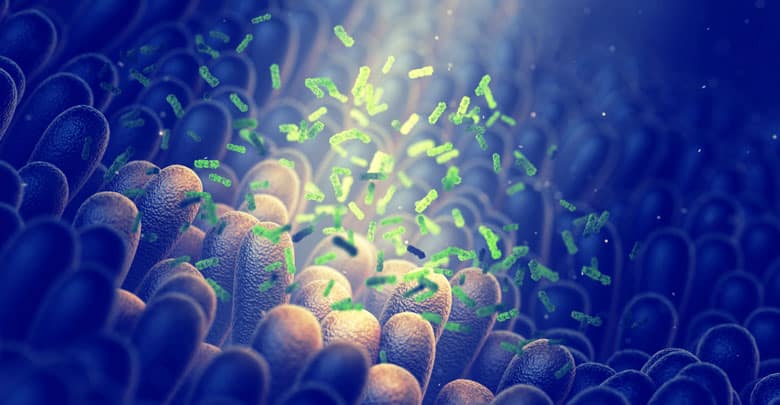 The relationship between tumours and bacteria is proving to be closer than ever imagined. What if bacteria accompany tumour cells to their metastatic stage?

Efficacy of chemotherapy, patients’ sensitivity to immunotherapy, risk factors linked to the development of colorectal cancers… The last few years have shown that the bacteria normally present in our body, and particularly in the intestinal microbiota, have a significant influence on the development of cancers and the efficacy of certain therapies. It is their involvement in the development of metastases that interested an American team, whose work was published in the journal Science.

By analysing tumour samples from five cohorts of colorectal cancer patients, the researchers succeeded in highlighting what could well be described as symbiosis between bacteria and tumour. Molecular data such as microscopic observations revealed the presence of certain bacteria in the intestinal microbiota in contact with cancer cells. The species of the Fusobacterium group were preponderant but they were accompanied by a relatively rich and homogeneous “flora”, including species of Bacteroides, Selenomonas and other Prevotella. This “microbial signature” was not only present in the primary tumour: the researchers also found it, in the vast majority of cases, in the liver metastases of patients. In one of the groups of 11 colorectal tumours, the researchers found the presence of the bacteria Fusobacterium nucleatum in 9 primary tumours and in 7 metastases from these 9 positive tumours.

In vivo experiments showed that this association between tumour cells and bacterial flora was long-lasting and that antibiotic treatment reduced Fusobacterium levels, as well as cancer cell proliferation and overall tumour growth. In patients whose colorectal tumors are characterized by this bacterial presence, targeted antibiotic treatment could be an interesting therapeutic avenue to explore.